Soccer is a global sport with players from every country and leagues in many countries.  With so many leagues to choose from, it can be hard to pick the top five soccer leagues.

My ranking of the best soccer leagues in the world is based on TV views/popularity, the presence of top players, social media buzz generated from league games, and the success of clubs from these leagues in various continental tournaments.

The English Premier League (EPL) is the top tier league in England.  It is England’s top football championship and ismade up of 20 clubs — including those from Wales that compete in the English soccer league system.  Boasting widely known teams such as Manchester United, Manchester City, Chelsea, Arsenal, Liverpool, and many other popular teams.

Some of the world’s best players are playing in the English Premier League.

Instability at the bigger clubs, the fact that there are more teams who can seriously compete in the transfer market, has led the Premier League to produce a greater variety of title winners.

The EPL runs from August through May, providing nearly year-round entertainment. And what great entertainment it is! The matches are usually filled with skill, action, drama, and surprises.  By the end of the season, you will be sitting on the edge of your seat cheering your team on and hoping for victory.

The English Premier League is broadcast all over the world and takes in more money than the other soccer leagues.

In addition, the way that revenue is shared in the English Premier League gives greater financial muscle to the mid-table and below teams, who can compete for signings that their supposed peers in Germany or Italy could NOT.

It is said that the English Premier League has over 600 million worldwide fans!

This league is my favorite NOT only because of the level of play, but also because the long history of the league dates back many, many years.  The fans and the stadiums are always impressive and it makes the matches that much more exciting when the buzz of the cheering crowd is heard throughout a match!

The Primera División in Spain, but better known as La Liga to English speakers, is the top Spanish soccer league.  It has been in existence since the late 1920s and still includes three teams today who have never been knocked out of the league.

La Liga is best known for two powerhouse teams that in recent years have dominated not only this league but other club tournaments throughout Europe – Real Madrid and Barcelona!

Real Madrid and Barcelona are always among the betting favorites for the Champions League.  Atletico Madrid are never far off either.

Real Madrid were voted the Best Club of the 20th Century by FIFA.

La Liga is home to many of the world’s very best players.

La Liga hasn’t experienced the same continued dominance of one team at the top.  Several other exciting teams follow along and may even surprise the top title contenders. Atlético de Madrid, Sevilla, Valencia, Real Sociedad and Villareal are the best examples.

However, the dominance and difference in squad quality only contributes to the decrease of the overall competitiveness of the Spanish domestic soccer league.

The season runs at the same time as the EPL and Serie A. I enjoy watching La Liga because of the incredible players on Barcelona and Real Madrid.  It is NOT uncommon to see higher than normal soccer scores in some games.

Serie A is the Italian soccer league which contains the best teams in Italy.  Inter Milan, Juventus, and AC Milan are a few of the well-known teams in the league.

The players in this league are some of the finest in the world and teams are represented by many countries, including the U.S.

The Serie A season runs during the same time most other leagues play, including the English Premier League.  It begins in September and concludes in May the following year.

My favorite team when I was growing up was AC Milan.  I loved watching them play because of the players on the team.  And at that time, there weren’t any real U.S. soccer leagues!

The Bundesliga is made up of 18 teams on a promotion and relegation system.

The Bundesliga has traditionally been dominated by FC Bayern Munich.

Despite not being as strong as the Bavarians, other Bundesliga title contenders are still successful clubs.  Among them we have Borussia Dortmund and Shalke 04.

Soccer stadiums in Germany are of top-notch quality, which is a Bundesliga standard.

Most of the stadiums hold between 30,000 to 60,000 spectators with five venues holding more than sixty thousand people – Borussia Dortmund’s Signal Iduna Park  has an 81,000 seating capacity.

The season runs from August through May, following a similar schedule as many other European leagues.

I enjoy the Bundesliga because of strong players, passionate fans, and packed stadiums.  The games tend to be very competitive and exciting, making it one of the best leagues every soccer fan should follow!

While the league does NOT contain the same number of superstars as European leagues, it is starting to call international players attention.

The MLS season is from March to October.  Some have wondered why the MLS would not follow the example of other leagues, but I believe it provides great summer entertainment while most other soccer leagues are on break.

In recent years, MLS has seen a rapidly increasing fan base in combination with new, soccer-specific stadiums throughout the country.  These stadiums provide an incredible atmosphere during the game .

TV viewership has increased to about 2 million viewers in recent years watching a single game.  In the media, MLS has been subject to constant attention.

That can be attributed to the arrival of top European stars to the league.

MLS is one of the top leagues every soccer fan should follow because it has grown significantly in the last 10 years, and appears to be set to grow even more in the years to come.

Almost every nation has its own soccer league, so there are plenty more leagues out there that are entertaining and full of drama and skill in their own way.  Which soccer league do you like? 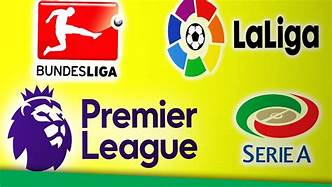 In sports betting, strategy is what wins money. Even the books have a strategy, which is to get both sides of the bet to accept a monetary disadvantage as often as it can do so. Your strategy will be to avoid bets that require you to accept a disadvantage, and focus on bets that give the monetary advantage to you. A mediocre handicapper with a good strategy will beat a good handicapper with a bad strategy. Good strategy has nothing to do with handicapping, and everything to do with winning. You have to limit yourself to the best bets, and leave the rest for the suckers and gamblers. I look at strategy as a set of rules to play by. Rules that eliminate mistakes. Sports betting is the only gambling activity that allows you to make the rules you play by, and that is why you can win.